Neak Oknha Kiht Meng, President of Cambodia Chamber of Commerce attended the second Cambodia-Vietnam Conference on Investment Promotion which was held at the Peace Palace, Council of Minister on April 24, 2011. This conference was presided over by Samdech Hun Sen, Prime Minister of the Kingdom of Cambodia; and H.E Mr. Nguyen Tan Dung, Prime Minister of the Socialist Republic of Vietnam. The total participants was 450, among them 350 were Vietnamese. Officials from government and private sector reported to both Prime Ministers on current situation of trade, investment and opportunity. Then, both sides, witnessed by both Prime Ministers, signed MOU. There was also signing ceremony on grant donation and handling of license. 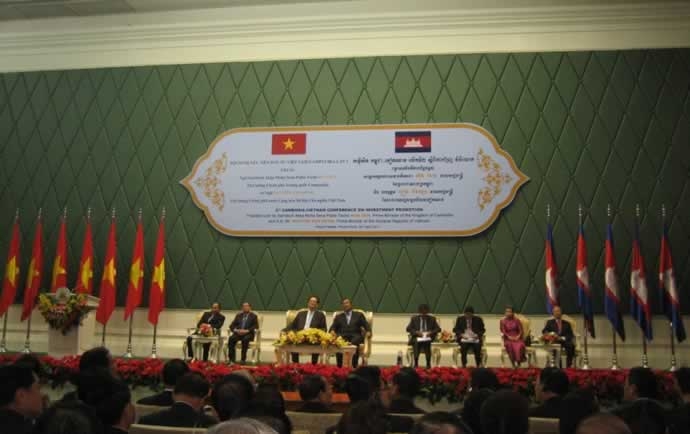 During the conference, Neak Oknha Kith Meng addressed the remarkable figure on trade between Cambodia and Vietnam. He said, “Last year, two way trade between our countries increased by 37% to more than 1.8 billion dollars. In the first quarter of this year, trade was over 600 million dollars, putting us on track for 2.5 billion for 2011.  That means we will nearly double trade between our two countries in just two years.” He added that, “Both of our countries have enjoyed remarkable economic success over the past decade, which has created opportunities for business, while also helping many of our people to escape from poverty.” From his point of view, the high growth rate in Cambodia would be sustainable based on a young and dynamic population, a strong government, and significant investment in infrastructure such as roads, railway, and electricity.
In his closing address, Neak Oknha Kith Meng wished Samdech Techo Hun Sen continued good health, and continued success and prosperity for Cambodia in many years to come. 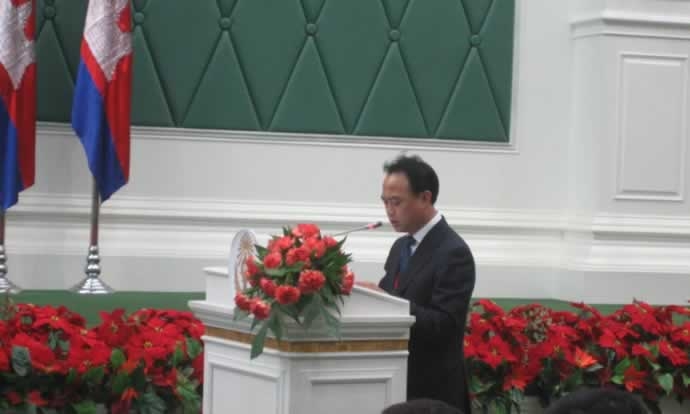