Candidates standing for elected members of Phnom Penh Chamber of Commerce (PPCC) came to have a meeting at head office of Phnom Penh Chamber of Commerce on July 15, 2011. During the meeting, they were briefed about election process and procedures. Then, they randomly selected their own numbers in front of the election committee to put on election list. There are four sectors namely: Agriculture, Service, Commerce, and Industry. The total number of candidates are 22 and 17 of them will be elected as the members of PPCC. The total number of voters is 451. 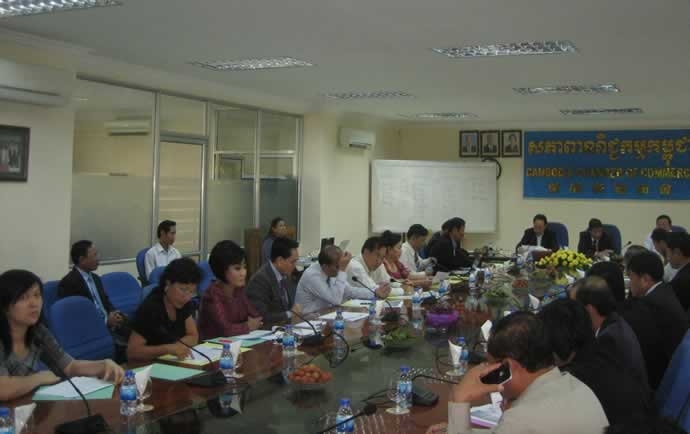 Neak Oknha Kith Meng, President of PPCC, said, “So far we have 40 elected members. However, some of their mandates are over. This requires new election.” He added, “Since Cambodia economic is growing fast, we will expand our elected members to 70. But this is the next step. And we already propose to the government.” He wished all candidates be successful in the election. He believes that this election would give PPCC more credibility in foreign investors’ eyes. PPCC now is recognized by business community all over the world including the United States. PPCC had just come back from visiting US these recent months. PPCC also planned to organize another trip in late 2011. As a member, PPCC actively involves in ACMECS, GMS, ASEAN Chamber, ASEAN-BAC, ASEAN plus Korea, India, and US …etc.